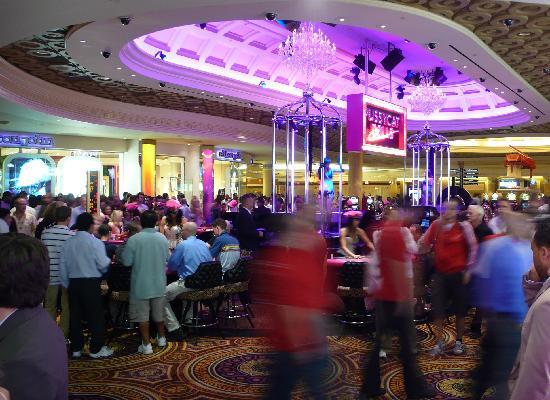 In Vegas? Sure. Not even remotely close to what I saw in my first job in video lottery.

As unbelievable as it seems to me right now, I was happy to land an entry-level position at the Check & Change window at the casino. If you’ve never been inside a video lottery room before, let me set you up:

Light a thousand cheap packs of cigarettes on fire.

Think about the last time you walked by an arcade and the sound you heard coming from it. Now multiply by seventy-three.

When it comes to video lottery operations, there are three basic sections to the department. Someone in the business may tell you there are more, but those people are assholes and are likely just trying to inflate their self-worth. Only those of us who escaped can accurately describe it. You know, like Auschwitz.

A basic video lottery gaming area is comprised of the following: a shit-ton of noisy video lottery machines, a cashier’s cage, and at least one bar or deli. That’s it. That’s all you need for the infrastructure. Add in floor attendants and supervisors, cashiers, and slot technicians, and you’ve got a business model. Oh, right. The check and change window. How could I forget?

Being a cashier anywhere is bad enough, but in a casino, I don’t know how any of us lasted as long as we did. A cashier in the outside world uses a Point of Sale device (commonly, a cash register) to process a transaction in which a customer purchases some goods or a service. In a casino, a cashier cashes in tickets and runs coin through a coin hopper, not unlike the kind you occasionally run your spare change through from that oversized plastic beer bottle in your apartment. “I’ll just save my spare change, and we’ll be able to go on vacation?” Bullshit. You’re not going on vacation, and you know it. Those coins are going to your drinking fund. 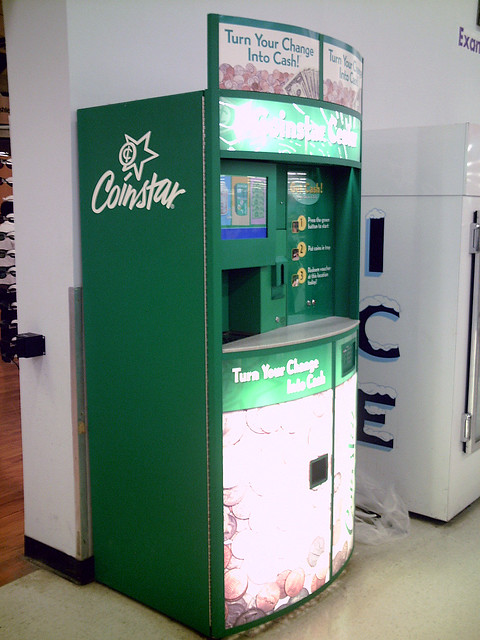 Think of this as the benevolent version of a coin hopper. These are everywhere now, but once upon a time, a very evil version of this fantastic technology twisted video lottery cashier fingers like those of overseas child iPhone assembly-line workers.

A check & change window worker, however, is lower than a cashier, and for good reason. In such a position, said worker breaks large bills and asks twitchy patrons with bloodshot eyes if they’d like to cash a check to continue their descent into the abyss. I added that last after about a week on the job. Most guests tilted their head and made a little croaking noise when I slipped it in there.

Some sixteen years later, we now have the ability to purchase a ten-dollar device and swipe credit cards on our phones, but way back in the year 2000, if you didn’t come packing fat stacks of cash for your chance at a big win in video lottery, don’t worry, Fam! Just fill out this application, and I’ll put in your information for you. When approved, you will have the ability to write a check which I can cash for you (with only lucky bills, of course) right here. For a fee. Every time.

Do you remember the Tom Hanks movie Big? The one where he wishes he were older, and the freaky gypsy in the fortune-teller machine starts moving his mouth and grants the wish. That booth the gypsy was in was the exact size of my check and change window. The first week on the job, I inhaled enough secondhand smoke from Misty’s, PallMalls, Virginia Slims, and unfiltered Camels to forest-fire my alveoli. We all clipped annoying little fans to the cage windows to help move some air–any air–in the gaming room. My field of vision was limited to three rows of video lottery machines that started about ten feet from the counter in front of me, and those rows stretched all the way to the other side of the room, a couple hundred feet away. To my left, the rest of the cashiers were lined up in a warfare trench behind the aforementioned coin machines, but it was a little while before I would gain the opportunity to inhale coin dust and money fiber.

In a typical shift, I clocked in, made sure my piece-of-shit vest was on straight, then walked to the cashier cage. After gaining entry to the cage, I walked to my corner of the world, then slumped on a chair. I drank roughly three liters of Mountain Dew a night, and waited for old people to fidget toward me before I slid forward off of my stool and fake-cheered them up while helping rob them of their dignity and their acquired wealth one transaction at a time. I was great at it, too.

How are you doing tonight?

Nooooo…that bad? I thought for sure that you would hit tonight, if anybody would!

Yeah, I know what you mean. It’s a slow one back here for us, too.

Absolutely! Only the lucky fives for you!

Now get out there and get that jackpot! You’re due!

I must admit, other than the shit hours and terribly unhealthy environment, that was probably the easiest job I’ve ever had, as long as you don’t count asshole co-workers and a customer base that could easily drop dead in front of you at any minute (which happened sometimes). Hell, I’d trade that job for my current job right now, although I’d have to figure out how not to kill myself for letting my life spiral back to that. Some things we are only meant to endure once.

After a few days, there really wasn’t much left to learn for that position, but with the holidays rapidly approaching, I was looking forward to getting the change to “promote” to cashier, as that was a substantial pay increase (I’ll tell you more about “tips” later) worthy of admiration. As the holidays approached, I settled into the job, and I took some comfort in knowing that I wouldn’t bounce around in minimum-wage college-kid jobs for a while. If only I could have predicted what might happen…